Heath Cummings says there's been a changing of the guard, and another one is coming. 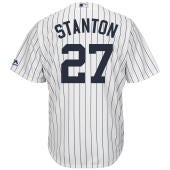